WeWork’s foray into Bangkok comes on the heels of an expanded Southeast Asia presence bolstered by the co-working space provider’s global network. 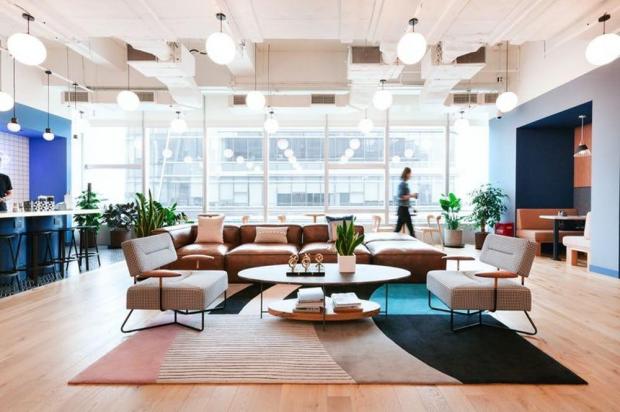 WeWork at the T-One Building on Sukhumvit Road was officially launched yesterday.

Strengthened by a robust pipeline and growth potential, the first two locations – at the Asia Centre Building and the T-One Building – echo WeWork’s long-term commitment.

The Asia Centre location also houses WeWork Labs, WeWork’s innovation platform, as part of a further expansion in Southeast Asia, marking a milestone for WeWork in becoming a true partner in supporting the startup ecosystem.

“Thailand is embarking on a new phase of economic development, building on its digital transformation goals,” said Turochas Fuad, managing director of WeWork Southeast Asia. “WeWork is committed to being a partner to help the country achieve its Thailand 4.0 vision by acting as a launch pad.

“As our footprint grows in Thailand, we see huge potential for serving demand, from MSMEs [micro, small and medium entrepreneurs] to Fortune 500 companies looking for an efficient solution for flexible, highquality spaces, along with accelerating their business in the local ecosystem empowered by a global network.”

In this regard, the NIA will work with WeWork Labs to stimulate the growth of local startups and is confident that closer partnerships with the private sector will pave the way for strengthening Thailand’s local ecosystem, she said.

“As connecting to a startup ecosystem is critical to our business, housing our team in WeWork was a natural fit for us,” said Atchariya Darote, chief executive and founder of MeGenius.

He said the benefits include the ease and timeliness in downsizing or upsizing the workspace. The Event Space is also crucial for organising events for 70-80 people. More importantly, the co-working space is conducive to increasing employee interactions after work hours.

Yod Chinsupakul, chief executive and co-founder of Wongnai, said the co-working space at WeWork T-One has a thriving culture that shapes the lifestyle of employees. “It also makes a good first impression on our candidates and partners,” he said.

“Partnering alongside today’s top accelerators, incubators and venture capitalists, WeWork Labs is also working to create spaces that can help them drive their startups towards success, building stronger communities within the startup ecosystem,” Mr Tan said.

Nora has been in the Corporate Communications arena for a number of years. Nora's role is to communicate all newsworthy items that are of a PR nature.